I recently started building a “flat 12″ multirotor frame. Why? Because I want to. There’s no practical reason to build this craft, but I want to do it anyway. I’ll probably start stealing motors and ESCs from it pretty quickly. In the meantime, it should be a fun project.

At this stage I have just cut and drilled the frame parts enough to assemble them and gauge the rigidity of the frame: 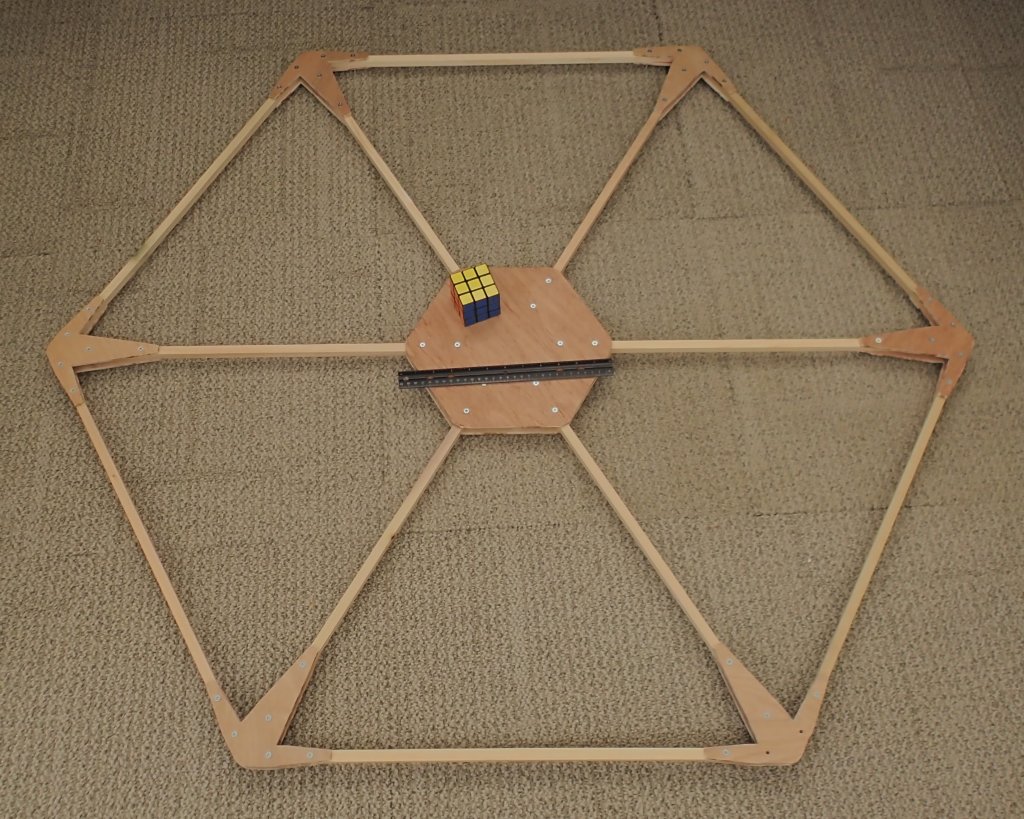 I threw a ruler and a Rubik’s Cube in for scale. This thing is pretty big, because if you want twelve 10″ rotors in a circle with a bit of space between them you end up with a ~45 inch circle. That makes this an ~1160-size MR. Egads.

It flexes a bit, but I think it’s rigid enough. If I need to add stiffness later I think I can do that with some very simple retrofit work, so I plan to move forward with this as-is.

The rotors will go on the perimeter spars, two rotors per spar. With the right placement, they will form a perfectly circular ring, despite the hexagonal shape of the frame. I plan to mount two large batteries on the right and left edges, to reduce the enormous wire runs as much as possible and to spread the load of 12 motors. I also plan to add some landing feet, likely cut from the same plywood used for the plates and zip-tied to the spars as needed.

I’ll post more when there’s something to share. This is a spare-time project, so I suspect the build will drag on for a while. Thanks for dropping in.